Live on Amazon today. My newest book. Piranha Jaws and Beer. A new collaboration with Pasqual Yunkar, an Achuar, who shared myths as told by his grandfather. A view into Achuar challenges living in the jungle, as shown through storytellling. Posted by JoAnne at 1:22 PM No comments:

Writing a book is one thing, keeping up with technology is another. I am learning, by trial and error, as time goes by. I finally connected my first blog to my author page. The blog was the only viable way to let family and friends know what was happening when I was in the rainforest for weeks at a time. I hope the following link to my facebook page works.Reading the old blog gives some perspective to what is involved when living in a place far, far away and not knowing the customes or language. It worked out O.K. because the Achuar were accepting and supportive. They fed me and kept me safe. And our joint dream came true. My three approved Achuar books are now published. JoAnne's Facebook author page
Posted by JoAnne at 3:32 PM No comments:

Skip ahead to 2021. I was able to publish The Myths of the People of the Palm this year. The idea for the book emerged when I was visiting the Achuar in 2014 to give them my newly published book, The Achuar of the Pastaza river. While staying at the Kapawi Ecolodge, I joined some of the tourist treks to outlaying villages. On one trek, our naturalist guide, Napoleon Tiyua Uyunkar, and I discussed collaborating  on a second book. We agreed to work together, using the internet, to complete the book. This was a wonderful idea, but the reality hit us as we were unable to make progress. Napoleon's limited access to the internet and family obligations caused our work to come to a standstill. The solution was for him to come to me or visa versa. We tried for a visa to the US without success. Instead, in 2017, I traveled over 3,786 miles to reach his village . We worked with Achuar Elders to document eight myths in three languages, with  illustrations created by students. When it was time for me to leave, we had a draft. Again we thought we could finish it using the internet. Time passed and we did our best. This year we were able to reach the Achuar dream of a book of myths to share with the world.

Both books are available on Amazon.com

Reading the Achuar of the Pastaza River will enhance the understanding of the Achuar myths.

Posted by JoAnne at 1:15 PM No comments: 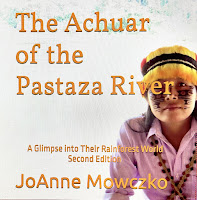 Deciding to return to the Amazon in live in the Achuar communities is a decision not taken lightly. Especially if you are seventy something years old. In addition to all the prep needed to live off the grid for weeks at a time, there is the personal endurance issue. I am not getting any younger! I returned in 2011, 2014 and 2017. As uncomfortable as the hot humid days and colder humid nights are, the discomfort is not what is remembered. What is remembered are the discovered secrets of the jungle, the deafening cacophony of the night, colorful birds, and the welcoming Achuar people who shared their lives with me. The second edition includes many more photos and updated information. The Achuar of the Pastaza River, 2nd edition 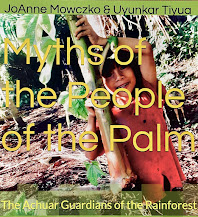 All part of getting ready to travel.

I went to the Dentist today, 32nd St. Dental. Cleaning.  They donated 40 tooth brushes for the Achuar community of Pukuan. Thank you Dr. Carroll.

I spent a good amount of time removing them from their cardboard and plastic wrapping. I placed them in a big zip lock. I am saving every once of luggage weight I can, and the Achuar really do not need waste packaging brought into their community.

What do you think about all of the excess packaging? I would say it is partly for display convenience but mostly to keep small items from "walking" out of the store.

Don't you just hate that? You buy an item, it is on a card with a plastic bubble protecting it, you buy it and it is put in a bag and you are given a paper receipt. How much of that goes in the trash?

Kapawi travel 2017
My latest and last travel to Kapawi was prompted by a request by the Achuar to help them write a book "telling their story". My Achuar friend, Napoleon, and I have tried to collaborate to write a book using e-mail, Facebook and messenger. Not only is the amount of text limited, Napoleon is seldom in an area where there is internet access. He does not have a computer, and uses small Galaxie for typing.This is a very tedious process. This is not an affective way to make progress. I decided I must go to the rainforest and have face to face time. We have set aside a period of time in Wachirpas community to work together. Unfortunately this writing project is not funded. I have self-funded my previous travel to conduct research. Of course, my time writing, editing and publisheing is donated. This time I was astounded by the inflation in travel costs. This is an import project, this will be the Achuar's first book. I decided to start JoAnne's Achuar Project
Posted by JoAnne at 4:58 PM No comments:

2014 Post
It is July 19 and I have just finished all of my vaccinations. Some were still good. I did not have to repeat the hepatitis, Yellow fever, mmr, or rabies. But I did have to have typhus and tetanus again. Not too bad.Then there were all of the scripts and OTCs to get. Since there will no medical services in the communities, I am planning for every possibility from diarrhea to fungal infections and headaches to rashes.  For malaria protection, I take one Mefloquinine every week beginning a week out and 3 weeks after my stay in the jungle. Last time down I did get a giardia infection and was quite ill for 5 days.

You can imagine that my medical kit takes up considerable landscape in my suitcase. Since the trip requires flying on a small aircraft and then a boat, luggage is limited to 25 pounds in a soft sided duffle. The duffle can be stuffed into the cargo area. Imagine what you can take with that limitation. The suggestion is 2 sets of clothes, socks for each day, walking shoes, sandals, and a tooth brush. this is just for the lodge. They provide toilet paper and shampoo and wellington boots for hiking. I have to plan for a week in a remote community, too. I must take everything that I will need.
Posted by JoAnne at 4:29 PM 1 comment: 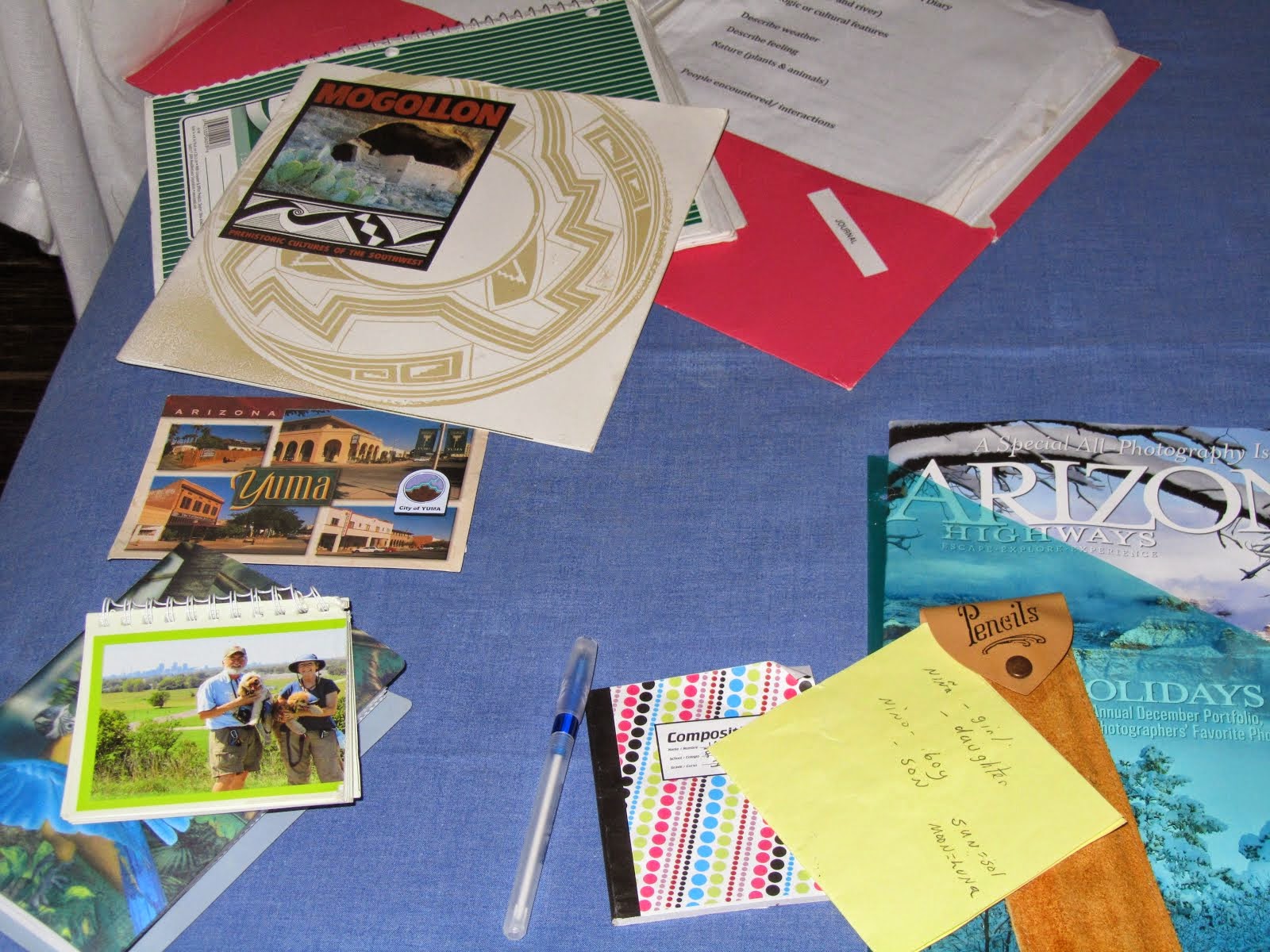 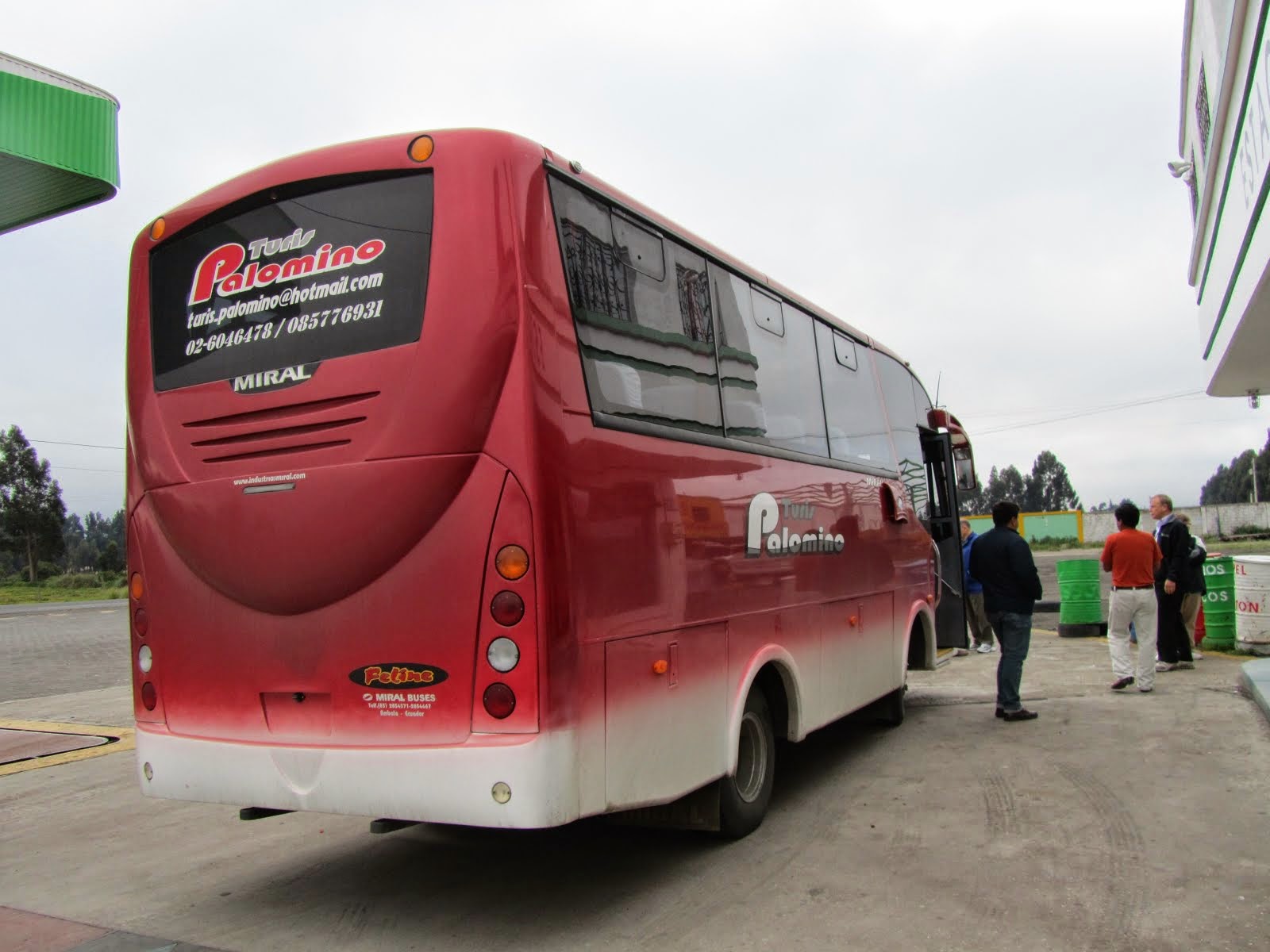 my "ride" from Quito to Shell